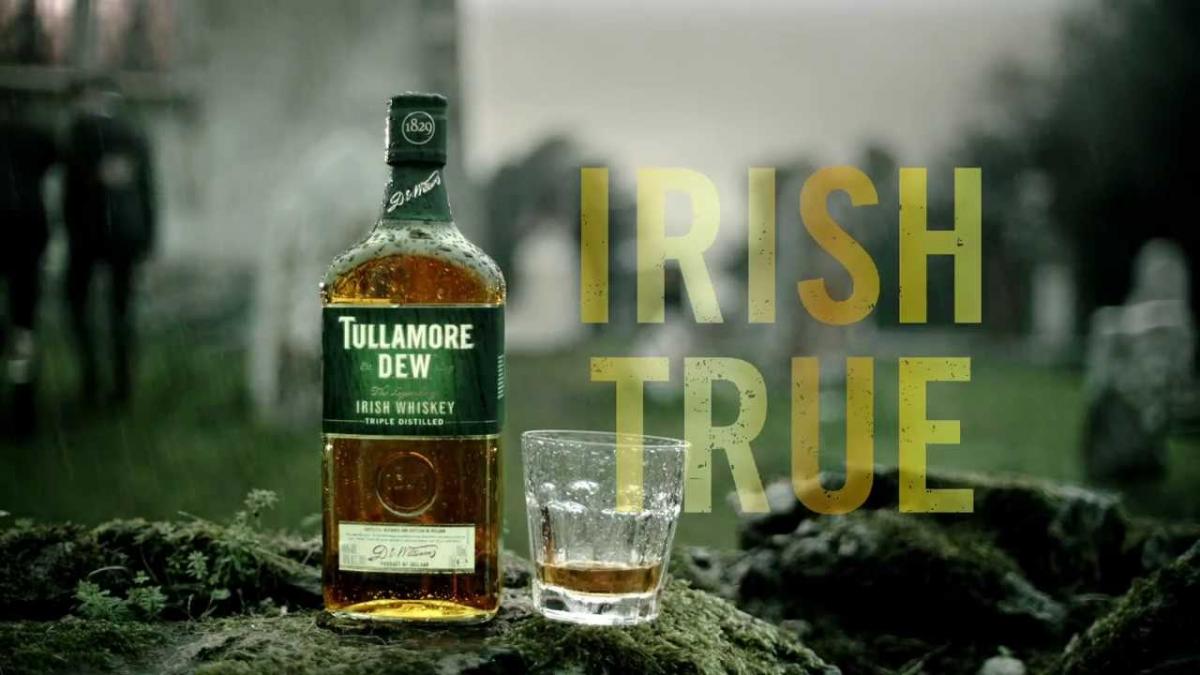 BOOZE OF THE MONTH Tullamore D.E.W. Irish Whiskey � � � � � � Tullamore D.E.W. Irish Whiskey is our featured Booze of the Month and not just because it�s March and St. Patrick�s Day is kind of a big deal. ����������� The whole category of Irish whiskey has exploded and a whole new generation is getting turned on to this versatile and fascinating beverage. Whether served as a shot, in a Car Bomb or part of a cocktail, Irish whiskey has spread across all demographics including the much sought after Millennials. ����������� Tullamore D.E.W. gets its name from the initials of its creator, Daniel E. Williams and the quaint town of Tullamore located in the midlands of Ireland. Tully has been making whiskey since 1829 but the most important number is: THREE. Three ingredients, three grain varieties, three types of aging barrels and three times distilled. This all adds up to what Tullamore D.E.W. describes their whiskey�Bottled Character! ����������� Getting back to St. Patrick�s Day, we will be doing a tasting of the Tullamore D.E.W. portfolio from 5-7 p.m. in the beautiful End O�The Alley Courtyard. We will be sampling some of their rarer aged whiskies and also drinking Guinness! And nothing goes better with Guinness than oysters, raw and grilled, which will be available to purchase. $5 Tully Car Bombs and feisty Irish music by Stuart Fensom Thursday, March 17th from 5-7 p.m. Get your Irish on! � � �