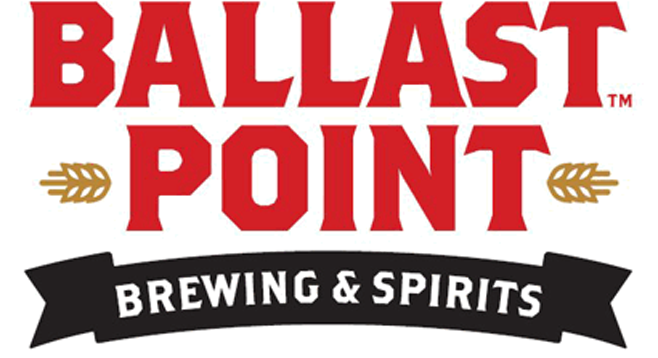 Beer of the Month Ballast Point � ����������� One of the most sought after and highest rated beers has hit Seville Quarter, Ballast Point. Ballast Point is a West Coast brewery started in the back room of a Homebrew Supply Store 20 years ago in San Diego. ����������� Ballast Point makes dozens of specialty beers but are known for their unmistakably hoppy ales called Sculpin which have a lot of citrus flavors but still have the telltale bitter sting just like the Sculpin fish on the label. ����������� We kicked off Ballast Point at Seville with their Grapefruit Sculpin IPA. The tartness of grapefruit is a great counterpoint to the bitter hops in this India Pale Ale. The result is a very refreshing beer that�s easy to drink with neither the grapefruit nor the hops being dominant. One of the highest rated beers we�ve had at Seville (99 Points Beer Advocate) and available on draft in End O�The Alley. ����������� If you venture into Apple Annie�s we offer two other Ballast Point beers, the Sculpin IPA and the Pineapple Sculpin IPA available in the bottle. The word on the street with true beer geeks is that pineapple is the new trend this year in craft beers. Keep an open mind and give this unique combination a try. ����������� Ballast Point is no longer a secret and no longer a small independent brewer. It recently sold to Constellation Brands (owner of Robert Mondavi Winery and Corona) for the unbelievable sum of One Billion Dollars! Let�s hope the acquisition is a smooth one and can maintain the quality of this laid back Southern California brewery.